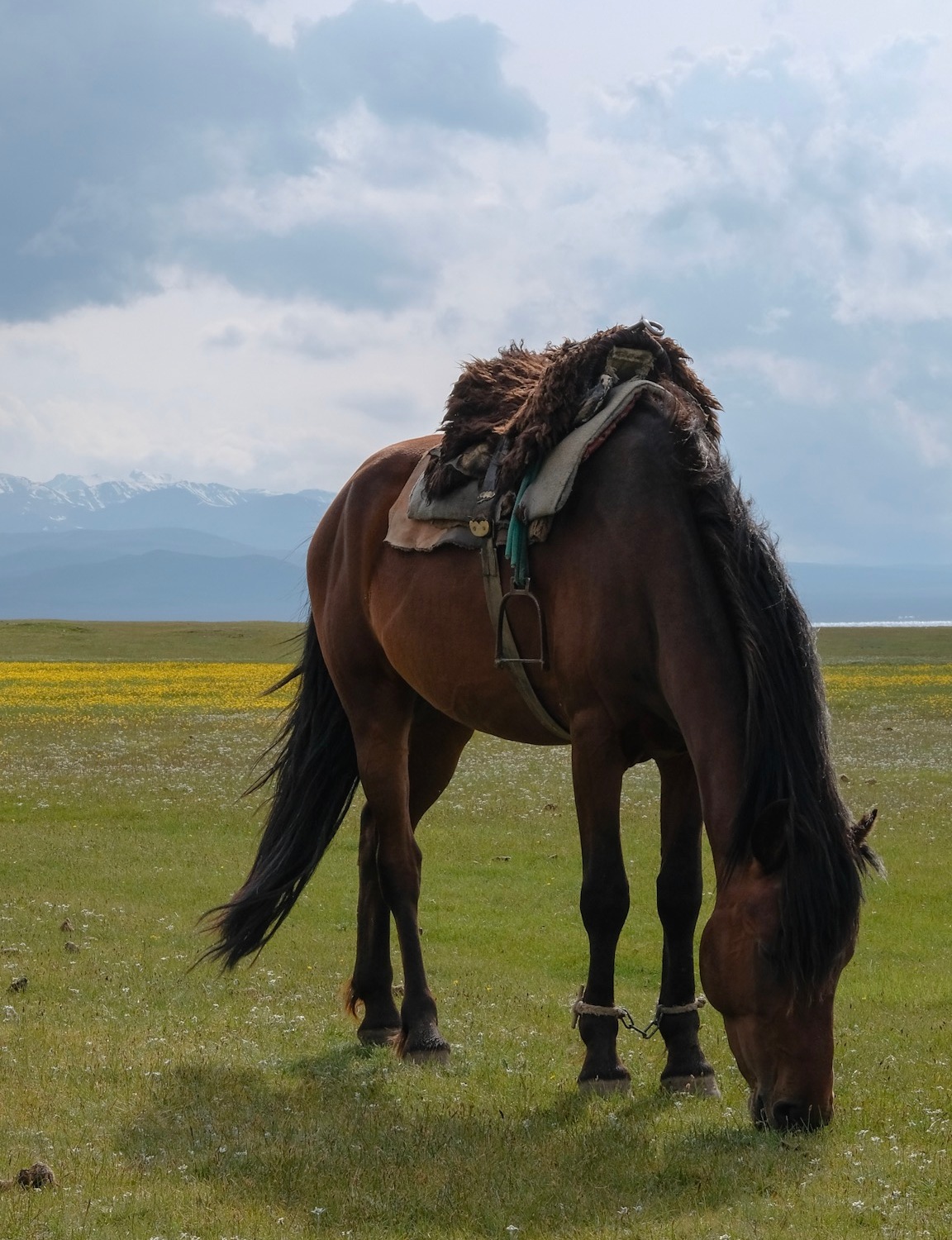 Immediately after my last post, my internet time was dominated by the nonsense of the modern world. I wanted to buy a plane ticket, but as Brent and I sardonically joke, I was quite a fool for thinking I could use my money. It’s my money, why did I presume that I could have access to it? It took many phone calls to flydubai and Schwab and Brent to finally purchase a single ticket, a situation quite reminiscent of the stupidity we encountered with banks in Korea. I was able to finish it with a stroke of luck at the library, however, as the lights and electricity returned partway through my final classes at the American Corner. The librarian running the Corner kindly stayed with me the extra fifteen minutes to allow me to purchase the ticket through Brent’s card and then transfer the money back to him. It would be the last time I spent with her, after some very nice meals and rapport over the past two weeks.

On my final day in Нарын Област, I paid for a journey to Сон-Кул (Song Kul) as a parting gift to my amazing host family. Unfortunately, the older children were uninterested (typical) though they’d never been, so in addition to Нури and her youngest daughter Керээз, we took along Nurgul’s friend Аида. It was a long drive, but spectacular, and I asked many questions along the way. The lake is situated over 3,000 meters above sea level, and required navigating a high pass and many windy roads to access. 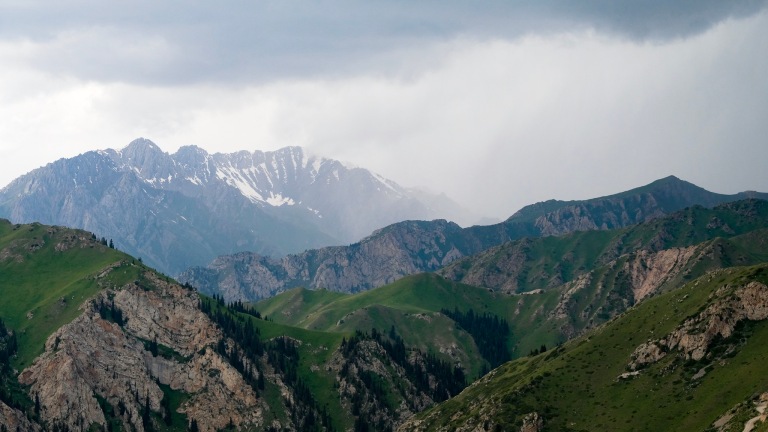 When we arrived, however, it began to rain. I had been given some unrefusable vodka shortly prior, so I easily fell asleep for an hour in the car. When I awoke, I groggily noted the two women pushing the car as our driver spun the wheels through the mud, struggling for quite a while before finally backing it out and back onto drier land. This was a portend of troubles to come. The rain had mostly quieted at this point, so we dashed into a nearby yurt for a lovely hot meal in the absolutely frigid weather. Then the sun came out, and I was able to wander out, recharge my solar powered self, draw, and skip rocks with Керээз. 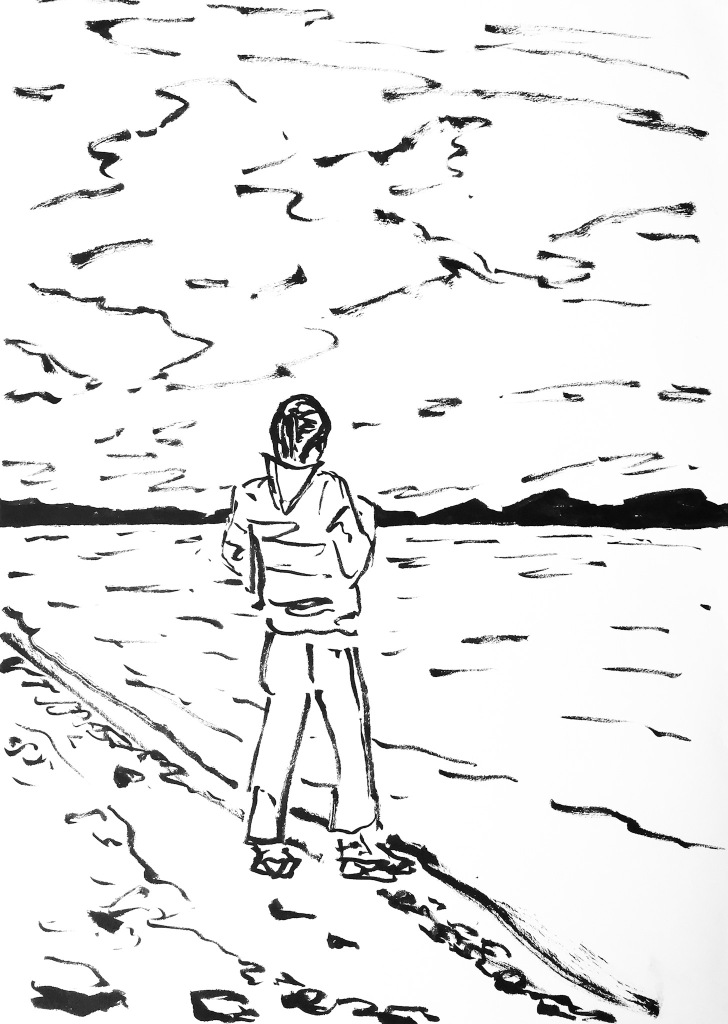 We stayed quite a while by the cold lake. Our driver egged us to leave, but we enjoyed the scenery and the complete lack of buildings aside from yurts. Only two other tourists were out due to the weather, which added to the charm and savageness for me.

When we finally left, however, we only got about half an hour’s drive in before the car broke down. We’d gotten around to the other pass for our descent, and it began to rain once again in earnest. Our driver headed out into the cold and wet to find help, and we huddled freezing in the car for the next three hours, drifting in and out of sleep. I was mildly concerned about our altitude and the lightning (being in a metal vehicle), but was generally too cold to really give it too much thought. We were finally rescued by another taxi driver with our soggy and freezing driver in tow, and began the long descent down a ridiculously beautiful canyon. We followed the river and crossed another pass out to the main road in the dark, encountering only one other car the whole way. Back in relative civilization with a few Кымыз stands by the side of a paved road, Nurgul drank some кымыз and got some курут before our new taxi friend agreed to take us all the way back to Нарын city. It continued to pour rain, and we dodged puddles after being dropped off near the house. I rested a bit, cooked some vegetables and rice, and slept.

I dallied for my final morning in Naryn, as I really, really didn’t want to leave. My initial plan called for leaving at 9am, but I didn’t actually get out the door until noon. There’s a lot of emotion and gratitude to be imparted, but I’ll just leave this photo of myself with Nurgul, Emir, and Kereez (Ayka was still sleeping).